Trial Conference 1 – With BC Judge Pendleton

After a few months of waiting, the first session that was conducted in-front of the judge and it is known as the “trial conference”. Similar to the mediation though, this session was “Without Prejudice” meaning both parties are pretty much free to say anything without the fear that whatever we say is being documented as evidence, so to speak.

Due to technicalities, it’s a pity as my assumption is I can’t talk specifically want happened in here to further expose the system at work. However, this was the end result and the form that was produced: 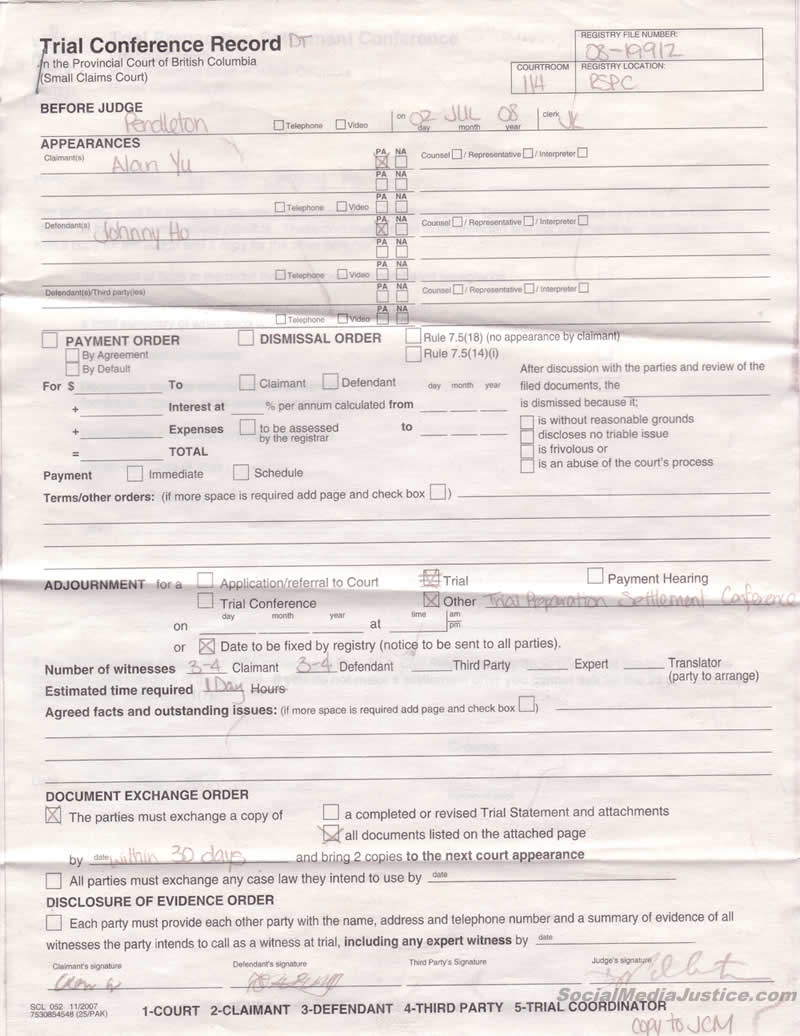 As you can see, no claims got dismissed and in this judge’s mind everything had merit to keep going. This made me think of how ridiculous and waste of time this court process was. The facts were not reviewed in-detail.