Now the basis of my claim on how I came up with the amount that I did in regards to the debt that I allege the defendant owed as well as our agreed system on how he could pay me back was based on this system that was dubbed as a “scorecard”.

Essentially, the alleged agreement that I have to prove shows the alleged indebtedness on the part of the defendant and how it came about. The agreement was if all he did was send me an e-mail on what he did business wise I would credit him towards his debt among other things. It was such a lopsided agreement to get him to pay me back as my mindset was to try and help a friend. This was what I submitted to the court on how I broke everything down financially: 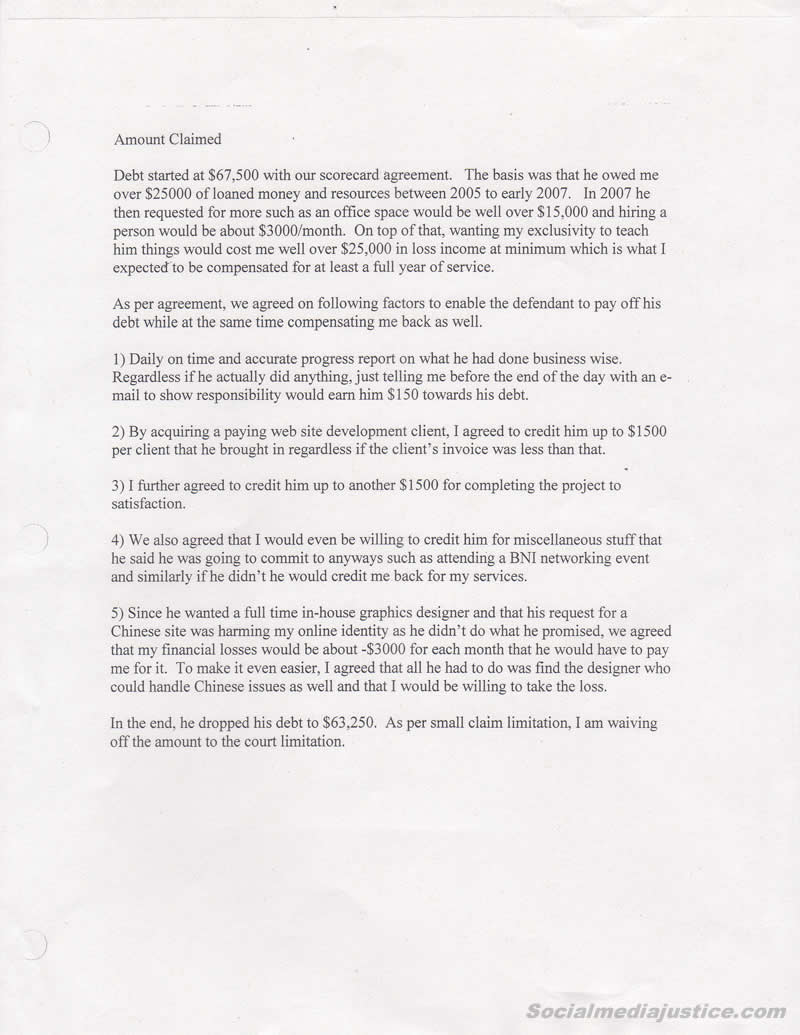 As you can see, there were an ample amounts of these e-mails: 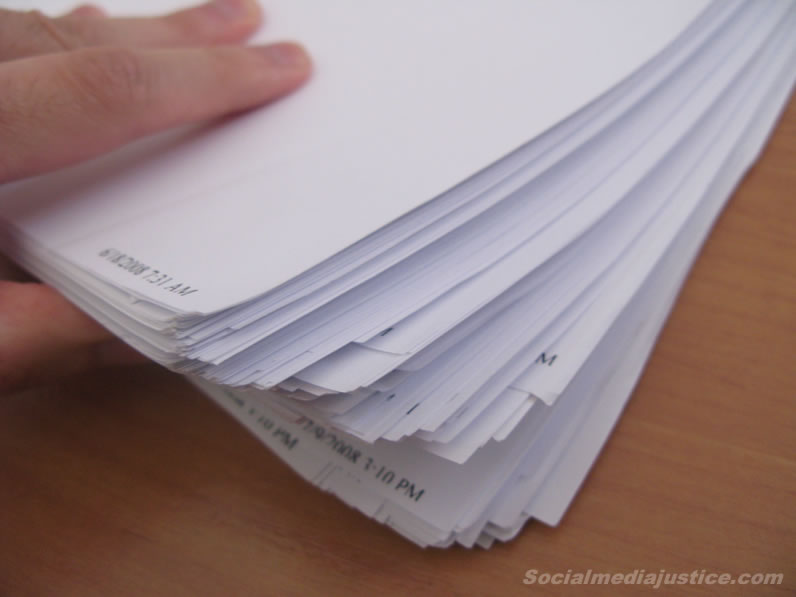 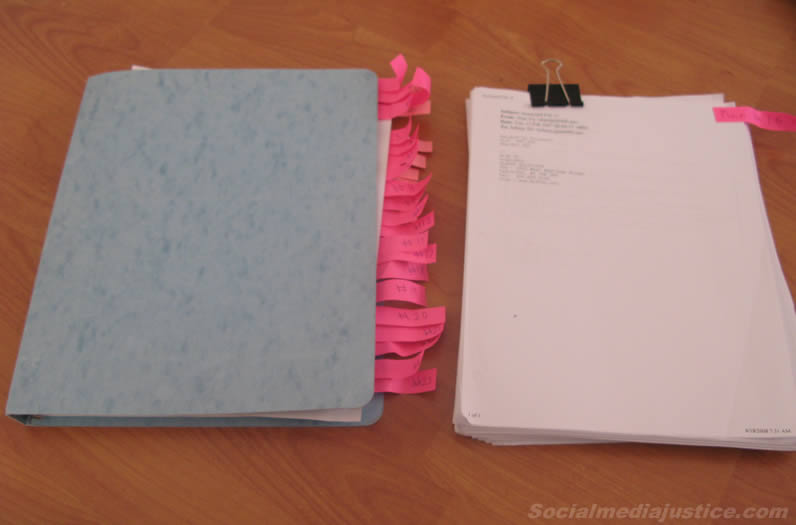 So legally, here is what I was told as well which would make sense due to the nature of the agreement/situation that I would obviously have to prove. Essentially, in the beginning he signed an independent contract where he would get a paid a percentage of revenue received from paying clients and so fourth.

My version of the story is that he couldn’t bring in sustainable business and so he ended up borrowing money and resources from me which is what I allege that he promised to pay back. I go into more details which you can read in my statement of facts.

Another factoid, throughout 2005 to 2006, he brought in one paying website development client who was his friend and the total bill, which he specifically wanted to charge as less as possible, was a little over $1000. So in general this is not a very difficult case to analyze from a financial point of view as there wasn’t exactly like a stack of business/customer accounts to go through considering I wasn’t even taking it seriously either.

Basically, I agreed to provide my services to him and these resources provided that he in return follows through with this scorecard method to pay me back where I agreed it would make things even.

Therefore, technically as long as I prove there was indeed a new established agreement in 2007 that old contract agreement is no more as we established a new business agreement. Basically, in exchange for my financial investments and professional assistance to him along with his past debt he will in return have to do various things to make it even.

In my view, it was essentially creating a business that was solely to help him in life due to him being unemployed and not being able to find work. More importantly, I wanted him to be more responsible and actually following through with promises to fix his life and so this agreement was to accomplish that as well.

Here are some sample of these e-mails and his efforts: 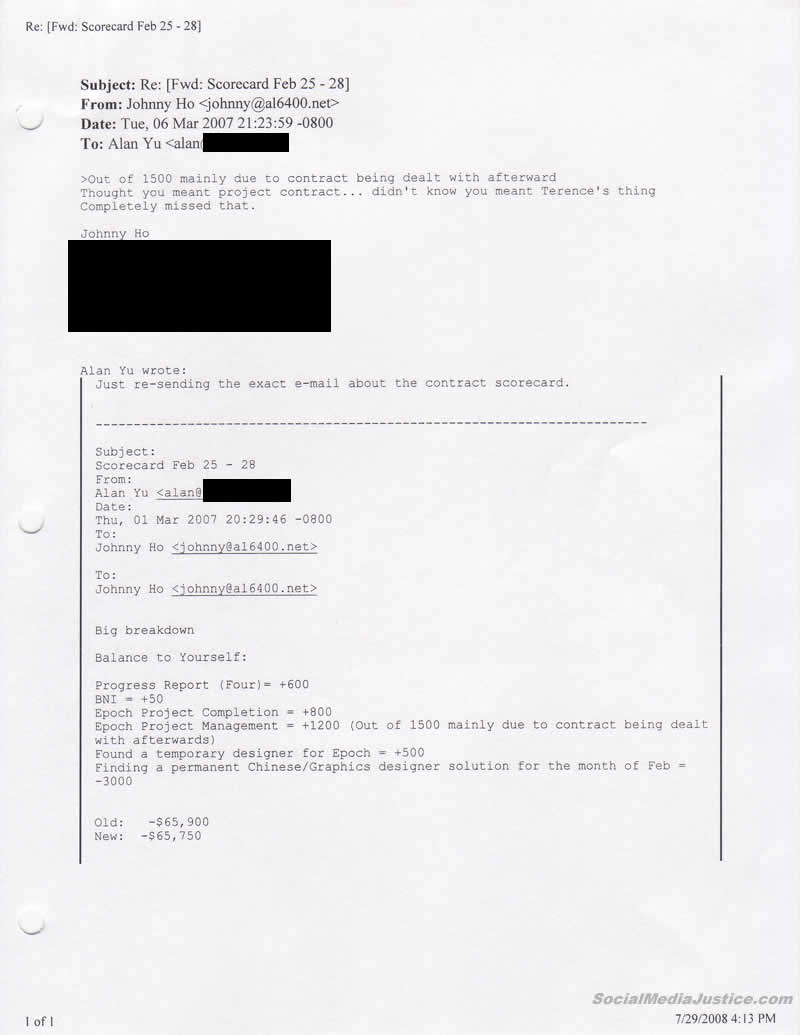 So legally, my case should have revolved around this new scorecard agreement. One lawyer said it best too where everything before this, such as the written contract agreement, is only necessary if the defendant tells a different story about what happened in the past. Of course, that is what ended up happening which is why I submitted all that proof.

Now you might argue he never even agreed to this. One person said it best with logic and common sense. For one thing, if he never agreed to it then why did he do it? Why did he write and reply to these e-mails in the way he did? If someone all of a sudden sent you these types of e-mails where you claim you never agreed with it wouldn’t you naturally respond in a way like “What the heck is this? I never agreed to this. What do you mean I owe you money?” But with that in mind, what would you do if you were trying to uncover the truth here?