I am sure a lot of people have heard the news about the apparent FIFA scandal. From the sounds of it the issue is about people taking bribes where the assumption is that it has influenced the decision making process when it comes to who gets broadcasting rights as an example. One of the funniest things out of all this is how so many people have been sharing this year old video by John Oilver who was essentially criticizing FIFA for these types of actions.

It was kind of shocking to see things such as how the organization was able to influence countries to create laws to cater to its events. In many ways, it reconfirms that money plays a huge role when it comes to many of the decision making processes in almost anything. What stood out to me though was how this video expressed factual items about the organization in a compelling way to a general audience as opposed to trying to target FIFA itself and promoting change there.

I still wonder if I will ever see something like this for the current court/justice system here in BC as I continue to see the same thing where people attempt to solely gather their resources to try and formally address the current people in charge to fix all the evident holes in the system that is prone to abuse. Instead, I feel people should be combining their facts and experiences to create a factually compelling story for the public to pressure this change and investigate. 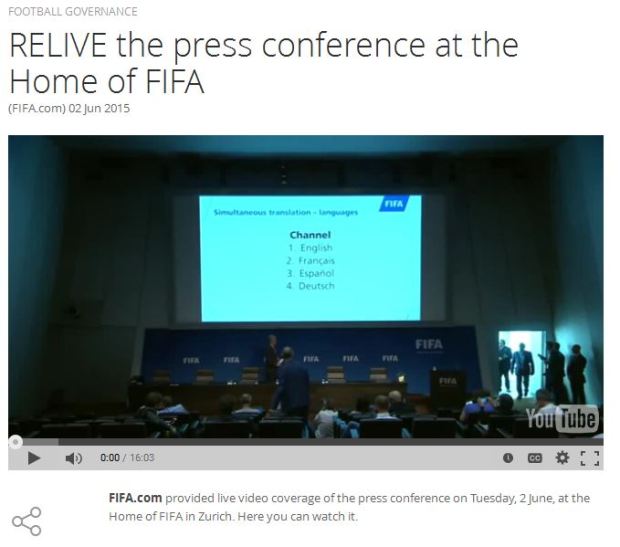 Like with this FIFA example, if people just sent in letters politely asking them to change I don’t think they would even bother. However, the mass effect of information getting out to the public creates extreme pressure and then change happens. Recently the president of FIFA Sepp Blatter had to address it and I am sure all this news about Chuck Blazer claiming people have taken bribes is going to stir even more want to get the truth out to promote change.

Now of course maybe mainstream media are terrified to do investigations like these when it comes to the court system. Legal technicalities and a lack of knowledge about the law is what prevents me from being able to fully show everything from my experience as an example. But hopefully in the future the right people and organizations will channel their energy and resources in a fashion that educates and engages the whole public in general about the court system.